Are Your Uni Finals or that Impending Mortgage payment making you Anxious? 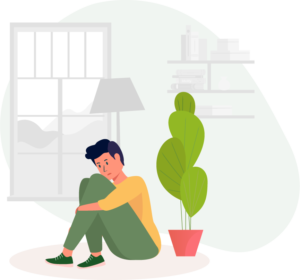 Discover a different approach that could help you sail through your exams or worry more constructively!

Remember that experience of being in an exam & becoming so anxious you’re stomach is churning and you are even physically ill or freeze up. Perhaps you get so anxious about an upcoming job interview or arranging that mortgage repayment that you end up making yourself ill.

If you’ve ever suffered from anxiety, you’re not alone. So before we get into what we can do about anxiety lets take a look at what it is.

Well firstly people often think of it as an emotional or psychological condition but lets look at it another way, rather as a physical condition with a set of symptoms. If you’ve ever experienced it you will have noticed symptoms such as a raised heart rate, shortness of breath, dizziness & sweating.

But let’s think of it another way…imagine a pot sitting in your stomach. Over years, through different experiences, emotions go into that pot even if you don’t mean to put them there. Eventually the emotions build up and the pot is at risk of overflowing. At this point the body sends us anxiety to warn us of this potentially messy outcome & that action is needed.

But to understand this further, lets look at emotions themselves. Typically we’re taught that emotions revolve around thoughts. However the majority of emotions aren’t generated by thought but rather by our mid-brain or body. Often we miss this body communication, don’t listen to it or override it which can lead to the creation of anxiety.

“But that’s not going to help my anxiety about my impending exams, job interview or meeting with the bank manager.” I hear you say.

Well, there are some very practical things you can do. As anxiety is caused by ALL the emotions going in to the pot. By not just working on, say the job interview, but any challenges big or small in your life the anxiety can subside or go completely. Let’s look at an example:

Situation & Emotion:  Worrying about upcoming job interview. Don’t feel like I know enough about the position or company or trust my abilities.
Action:  Researched the company online & read the job spec. Wrote down some points about why I’m suitable for the job.
Outcome: Worry lessened.

Situation & Emotion:  Realised I was frustrated at just job hunting & not seeing friends.
Action:  Did a rough plan of which job applications to do when & made sure there was time to catch up with some mates.
Outcome: Would prefer to see them more, but it helped a lot.

Situation & Emotion: Friend really annoying me, unloading their problems when we meet for a coffee.
Action:  Changed the subject & later told them it had been nice but I had to go as I had other things on.
Outcome: Annoyance went.

So that may be a simplistic example but you can see here, by addressing all the challenging emotions & ensuring more balance, you can empty the emotional pot & your body won’t need to keep sending the anxiety.

So here’s to making it through those finals, getting the job you want & a less anxious house purchase!

Saul Levitt is an Accredited Mickel Therapist and Trainer. Find out more about how Mickel Therapy can help with anxiety or contact: saul@intuitivehealth.co.uk