Is Guilt Making Us Ill? 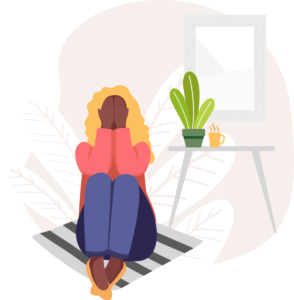 As someone that’s Jewish, I live in a culture where we’ve perfected the art of guilt.

This finely honed skill that every good Jewish family is no doubt familiar with.

While perhaps as a Jew I’ve become accustomed to this cultural phenomenon but it’s also easy to lose sight as to the effect it might have on our health.

Typically in society we are taught that emotions revolve around thoughts and therefore can be rationalised. However my belief is that the important emotions aren’t generated by our thoughts but rather by the emotional brain and body.

Imagine sitting on a pin. Our body would send us the symptom of pain. Once you remove the pin, your body can stop sending the symptom. Similarly, our bodies are constantly evaluating the world around us. They then try communicate an honest perception of the situation to us.

Often though, and pardon the pun, we’re guilty in the Jewish culture of missing this body communication or overriding it.

Because the body can’t speak to us (though that would be a good party trick) it communicates by sending physical sensations or symptoms. One way of looking at it is the emotion is the body whispering to us a message and if we’re not paying attention it shouts to us using physical symptoms.

How does this apply to guilt?

Well there are in fact two types of guilt.

The first type is that which is created by our thinking brain and therefore based on our culture and upbringing. This I believe to be the main type we see so often in Judaism! How can we spot this? Well it usually arises after the moment. “I can’t sleep. I feel so guilty for going to my friends and not my parents for Friday night dinner”.

The second type of guilt is based on our emotional brain’s evaluation of a situation and can be called ‘true guilt’. It usually arises in the moment and the emotion will require corrective action – perhaps an apology along the lines of “I’m sorry for shouting about not being invited for dinner but not for being angry.” This type of ‘true guilt’ only arises in the body if your feelings are hidden in some way.

If you’re unsure which type of guilt you are experiencing, you can try a simple exercise of checking in with your body. As you recall the situation around which the guilt appeared, focus on your body paying special attention to your heart or solar plexus. When focusing on your body, another emotion may arise that is not that of guilt but rather ‘anger’, ‘frustration’, ‘anxiety’ etc. This may be an indication that you weren’t suffering from ‘true guilt’ at all!

If however the guilt emotion still exists, action may be required which as a result allows the emotion to flow out of the body. If an appropriate action is taken, the guilt should subside or disappear completely.

If however a constructive action isn’t taken it can lead to a rewiring effect in our cells and in some cases physical symptoms.

The bottom line – if your guilt is ‘head guilt’, don’t do it! It’s simply not of any use to us and will drive us mad! If on the other hand it is ‘true guilt’ sent by the body, then action will be required, preventing the emotion from lingering and ultimately making yourself ill over it.

And if all else fails, try chicken soup!