I survived ME now I’m thriving 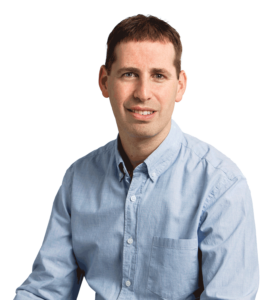 That’s the year I fully recovered from M.E.

In the late 90s while studying a degree in Marketing at Plymouth University, I was struck down with a horrendous bout of the flu. It meant I couldn’t return to university for over a month.

I remember my first day back at university, everyone excited to see me and welcoming me back and all I wanted to do was crawl into bed. I had to drag myself around with zero energy, the lights in the student common room hurt to look at and I felt dizzy.

Things didn’t get much better for the next few years. I developed food intolerances, couldn’t drink alcohol, had excruciating muscle pains, stomach problem…I could go on and on.

Now, I was never someone that found studying that easy, possibly as I have dyslexia but trying to study for a full on degree while experiencing the effects of ME was nearly impossible.

I, as so many others do, tried all sorts of things to get better. I particularly remember my housemates disgust at the smell of me boiling herbs having tried Chinese medicine…let’s just say the taste was less than great.

A few other things I tried: Osteopathy which relieved my aches to some extend but they would have returned by the end of the session, counselling, naturopathy, antidepressants…the list goes on.

Some how I managed to push through to get my degree (a 2:2) and even go on to get a job, meanwhile still struggling with multiple symptoms.

Some years later, looking for a move in career and something different, I decided to travel to Australia for a year. This is something I’d always wanted to do but was pretty daunting given my illness, even though I was somewhat improved by this point.

Anyhow, I went ahead with it and unlike my usual approach to travelling, went without a plan, other than knowing I was staying with some friends on my arrival.

Now I won’t bore you with my tales of travelling but sometime into my stay my sister back home told me of a friend of hers who had got better using a particular talking therapy to resolve physical symptoms.

I immediately looked up the website, downloaded the eBook and devoured it. Unlike so many other treatments I tried, there was something about this that connected and clicked with ‘ME’

At this time (2006), there weren’t any Mickel Therapists in Australia but there was training in a months time in New Zealand to become a Mickel Therapist Practitioner and something told me that I had to do it.

I applied and after an interview with accepted onto the training and the rest as they say is history.

I remember on the last day of the training having a beer with the other trainees (something I wasn’t able to do during my illness) and feeling fine, so much of my energy was already returning and over the coming weeks and months things continued in this direction, so much so that I thought I’d share a list of a few things I’ve achieved since my recovery:

I’m not sure what’s next on my wish list but I know helping anyone I can who’s gone through something similar or worse is part of it.

Saul Levitt is the founder of Intuitive Health and has over 15 years experience in the health field.