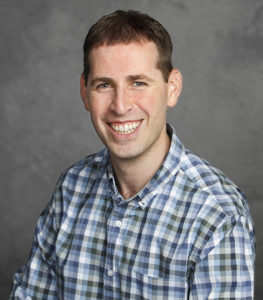 Using 6 years of illness to help others

Waterskiing, clubbing and attending the odd lecture were all part of my fairly regular university experience. That all changed very suddenly though when in 1999 in my second year at Plymouth University I was struck down by a flu virus which kept me off university for over a month.

When returning to university I felt a lack of energy and suffered other symptoms from food intolerances, problems sleeping, muscle pain and stomach problems to name but a few!

I dragged myself from doctor to doctor and tried every known treatment to man…some which I care not to repeat here! Eventually I finally got a formal diagnosis of Chronic Fatigue Syndrome / M.E, conditions that are believed to affect as much as 1- 2% of the population. Knowing full well that traditional medicine had no real answers for treating the condition I continued pursuing a range of other treatments that ultimately had no effect or made me feel worse.

Things gradually improved over the next few years until 2002 I felt quite a bit better. However I was still left with a number of lingering symptoms.

Last year while living in Australia a friend told me about something which was to have a profound effect on my life: Mickel Therapy. What caught my attention was that the treatment didn’t involve popping tablets or diet change and had a very high success rate.

Something about this treatment clicked for me and made perfect sense. I signed up for training in New Zealand immediately. Mickel Therapy originated in Scotland. Who would have thought you had to go half the way round the world to discover something in your own back yard!

Of course I had some level of scepticism – how could a talking therapy correct such a debilitating illness? These fears were quickly put to rest.

The underlying condition is believed to be due to a dysfunction in one of the primary glands forcing the body into a state of overdrive and producing a wide range of symptoms. The treatment is not a form of Psychotherapy but rather focuses on understanding the emotions the mid-brain and body sends to correct the dysfunction. Rather than trying to suppress emotions it looks at them as helpful as they contain a message from the body. Using a simple process of understanding the symptom and then being able to act upon it, clients see the body stops sending symptoms. The beauty of the treatment being that it puts the power of healing back in the clients hands.

During and after training I started practicing Mickel Therapy on myself and found quite quickly, my last lingering symptoms go. On reflection I also realised that my previous partial recover was due to practicing a lot of Mickel techniques without realising it!

After 14 years practicing Mickel Therapy and training other therapists, I have decided to setup my own therapy, Health Recovery Therapy.  I’m learnt so much from my time as a Mickel Therapist and also now working with other colleagues on a therapy called The Mind-Body Reconnect.

I have worked with clients from the U.S, UK, Belgium, Israel, Sweden and Australia to mention a few!

I can’t put into words the satisfaction I get from hearing a client say they no longer use a wheel chair and are going out everyday or are now able to follow their passions free from the burden of illness.

I know it takes courage to embark on trying a new treatment but all I can say is that it has worked wonders for me and I’m grateful that I can share it with others.